IBS and SIBO can be confused. However, there is no denying the existence of SIBO by the medical community. Here’s how to fix SIBO after we confirm the tiredness and the bloating is causing it. To know what is SIBO is to know who’s likely to have it. When we have IBS the nerve endings in our gut are always firing. This creates a condition of visceral hypersensitivity, so our gut is more sensitive than it should be. What triggers this?
The link between our emotions and digestion system makes sense: the gut has been called our second brain. Our gut contains more nerve cells than even our spinal cords.
Small intestinal bacterial overgrowth aka SIBO refers to a condition whereby:

How to fix SIBO

The majority of our gut bacteria should be in the colon. Bacteria can migrate backwards into the small intestine. Or, when there is low stomach acid or poor pancreatic enzyme production, bacteria in the small intestine can overgrow. When any of these happen it causes symptoms, such as diarrhoea, gas, or bloating.

What are they? Irritable Bowel Syndrome or IBS is one of more than 20 functional gastrointestinal disorders FGID. IBS and SIBO continued. 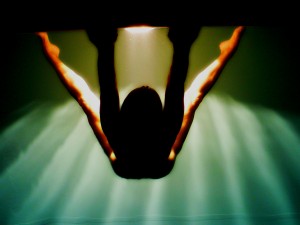 Breaking research from UNC shows that IBS patients depending on their sub-type–or primary symptom such as constipation, diarrhea, bloating–have different clusters of microbes. i.e. Constipation predominant IBSers will have similar flora clusters compared to other IBS-C patients –and this differs compared to IBS-D patients etc.

Do you wake up with a flat belly and by the end of the day look six months pregnant? Even if you have not experienced abdominal bloating to such an extreme, any amount of bloating is not normal. It is a sign of intestinal inflammation or poor gut health. If you are having gas and/or bloating regularly, you could have food sensitivities +/- a gut infection, such as SIBO. Certain strains of bacteria feed off of refined carbohydrates. These strains break them down into short-chain fatty acids, creating gas and causing bloating.

Another strain of bacteria can break down bile salts before your body has a chance to use them. Bile salts are crucial for the breakdown of fats. Without bile salts, the end result is fat malabsorption or diarrhea.

Finally, a third type of bacteria can produce toxins. These damage the lining of the small intestine. This prevents your body from absorbing the nutrients you need, much like what we see with a leaky gut.

Why spend time being treated for the wrong thing? Why repeat what wasn’t working?  [tweetthis]We wouldn’t buy the same broken gift we returned in the past – why do we do this with our bodies? [/tweetthis]

Did you find this article interesting? You might find the 10 Signs Of Small Intestinal Bacterial Overgrowth worth a read too. Just click here and subscribe here for the unique video series on treating SIBO for healthy weight loss.