WHAT DOES THIS MEAN EXACTLY? We can examine their function regarding accelerated signs of ageing and weight loss.

Our bodies must create new cells to continue living. Cell division is an important part of this process. With the help of nucleotides and RNA a typical cell divides, ‘unzipping’ the DNA and creating two new cells. For example, in an adult human, millions of cells divide every second just to maintain the body! 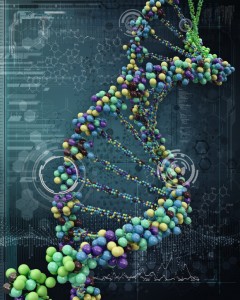 Why take nucleotide supplements when we have dietary nucleotides?

Read more about this operational food synergy in this study from the 2009 American Society of Nutrition.

As humans we’re adapted to getting our nutrients from whole foods. Most nutrients needs enzymes, synergistic co-factors and organic mineral-activators to be absorbed properly.     [tweetthis]Most nutrient absorption relies on enzymes, synergistic co-factors, mineral-activators[/tweetthis]   While these are naturally present in foods, they are often not included in synthetic vitamins with isolated nutrients.

Being important for growth, nucleotides are also present in human breast milk. In healthy people, dietary nucleotides are probably not essential, however, under certain circumstances dietary nucleotides may help. This is because nucleotides optimise the function of the gastrointestinal and immune systems. In other words, supplementary nucleotides help the body produce cells rapidly as required during times of stress and when it is challenged by infection or disease. At these times the body’s requirement for nucleotides from dietary sources is much greater. Some of our diets can be nucleotide deficient.

However, although nucleotides can be found in some food sources,  soil-depletion, genetic-modification, and more have decreased the amount of nutrition in our foods.

NOTE: There are a couple of contraindications for taking nucleotides as supplements. Because of its purine content, those of us who are genetically predisposed, have a history of, or suffer from gout are generally advised not to supplement nucleotides. Furthermore, the strong immune-enhancing effect prohibits the use of nucleotides for sufferers of auto-immune diseases and users of immune-repressive medications.

Irritable Bowel Syndrome IBS is a chronic disorder affecting an estimated 15 – 22% of western populations. Animal work shows that villi height and crypt depth in the intestine is increased as a result of dietary nucleotides.
Dietary nucleotides may be semi-essential under conditions of ill-health, poor diet or stress – See study.
Dietary nucleotide supplementation may improve some of the symptoms of IBS above baseline and placebo level – See Study.

When infected with the Flu millions of viruses invade our body. These need to be destroyed in order to regain normal health. It therefore becomes crucial that our bodies have the availability of sufficient nucleotides to rapidly and efficiently respond. Nucleotides response by producing enough new white blood cells to overcome the infection. If the nucleotide supply is insufficient, the Flu viruses will proliferate unhindered. This may lead to more severe symptoms and prolonged illness. Conversely, with enough nucleotides the infection can be quickly counteracted during its initial stages.

Nucleotides aren’t yet considered essential nutrients for humans. However, stress, physical exertion, illness, poor diet and the excessive use of antibiotics and alcohol increase our need for nucleotides. This is to aid timely and effective cell proliferation.  Many infant formulas now contain nucleotides because studies have shown that babies fed nucleotide-supplemented infant formula experience better growth and development. The infant also maintains a healthier immune system with increased levels of beneficial intestinal bacteria. This reduces gastrointestinal distress.

In adults, advantageous effects were found in markers of immune function: i.e. salivary immunoglobulin-A (sIgA), which is involved in the first defence against coughs and colds. Cells of the immune system, gastrointestinal cells and blood cells lack the potential to synthesise nucleotides themselves.

DNA Nucleotides: nucleotides do not stimulate innate or acquired immunity. Rather, they provide the resource for unhindered cell proliferation, gene expression and response to special environmental and physical challenges.