We’re going to answer what is psoriasis exactly here. Making this simple we’ll start by saying psoriasis is a skin condition. Kim Kardashian along with lots of other celebrities have raised awareness of it. So why’s it quite common in celebrities when not so many people seem to get it? If you want to know more about the different types you can keep reading here.

Psoriasis is a T cell mediated inflammatory skin disease. Abnormal cellular activity in the top five layers of the skin leads to psoriasis. These layers are the epidermis. Activity starts in the deepest layer of the epidermis.  In severe cases, psoriasis can result in an insufficient nutritional status which may even be promoted by nutrient-drug interactions. 1 of 4 controlled psoriasis studies showed a benefit of omega-3 fatty acids compared to placebo. Some psoriasis patients are gluten-sensitive and may benefit from a gluten free diet. 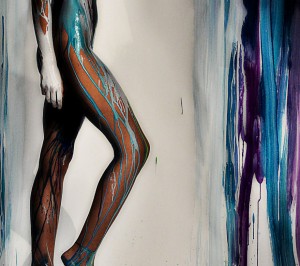 Keratinocytes are made in this deepest level. Keratinocytes are immature skin cells. They produce keratin, a tough protein that helps form hair, nails and skin. In normal cell growth, keratinocytes grow and move from the bottom layer to the skin’s surface and shed unnoticed. This process takes about a month.
In people with psoriasis, the keratinocytes multiply very rapidly. They travel from the basal layer to the surface in about 4 days. As the skin cannot shed these cells quickly enough, they build up. This leads to thick, dry patches or plaques. Silvery, flaky areas of dead skin build up on the surface of plaques. The skin layer underneath (dermis), which contains the nerves, blood and lymphatic vessels, becomes red and swollen. 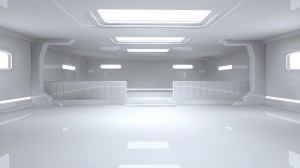 If you have a food intolerance or allergies that are undiagnosed, an inflammatory response will occur. Every time you ingest this food it is a trigger.

Genes or genetics play a major role in the development of psoriasis. Researchers have discovered a variation in a group of genes. These are known as LCE and can protect against the condition. One of these genes codes for proteins. These proteins help maintain the skin’s barrier.

The Need For Anti-inflammatory Personalised Nutrition: if you want to heal your skin you’ve got to heal your gut. If you don’t want the same skin issue to recur repeatedly and affect your life when you least expect it to, you’ve got to have a functional treatment plan in place from day ONE.
The chances that this genetic potential will eventually manifest as the disease is what we measure using nutrigenomics. Nutrigenomics may account for one of your FOUR PHASES. Disease or not depends on a complex interplay between the human genome and two key factors. These two are environmental and behavioral factors. If you think it all sounds too hard and complicated while you’re working all hours of the day – consider this. We want results. You want results. So we’ve got to KISS. (Keep It Seriously Simply!)

Personalised nutrition is guided by your medical history. We see skin conditions that haven’t been identified. So it’s important to have a clear knowledge of what is psoriasis. Unknown conditions where the person doesn’t know what is psoriasis are left untreated or unmanaged at We see it at consultations for naturopathy in Knightbridge or at our other consulting rooms. We use the naturopathic functional approach always to find the root cause. In The Four Phases works especially well for recurring skin conditions like psoriasis. We can answer your specific personal enquiries beforehand here.
One consideration is your history of medical drug use. The clinical manifestations of drug-associated or drug provoked psoriasis can range. The spectrum is from plaque-type psoriasis to severe erythroderma. Certain medications, such as lithium, prescribed for bipolar disorder, can trigger psoriasis. Also, high blood pressure medications such as beta blockers, antimalarial drugs and iodides can be triggers.

What triggers psoriasis? Psoriasis typically starts or worsens because of a trigger. Other than undiagnosed or misdiagnosed food intolerances or allergies there are other triggers like drugs. Drug associated or drug provoked psoriasis can range from plaque-type psoriasis to severe erythroderma. Certain medications such as lithium, prescribed for bipolar disorder, can trigger psoriasis. Also, high blood pressure medications such as beta blockers, antimalarial drugs and iodides can be triggers. Other triggers of scalp psoriasis include infections, such as strep throat or skin infections. Injury to the skin, such as a cut or scrape, bug bite, or a severe sunburn. Stress, cold weather, smoking, heavy alcohol consumption. 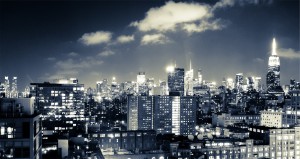 According to the American Academy of Dermatology, scalp psoriasis often results in hair thinning and loss.

Will my child develop psoriasis?

If one parent has psoriasis, a child has about a 10% chance of having psoriasis. If both parents have psoriasis, a child has approximately a 50% chance of developing the disease. Psoriasis of the scalp affects about 50% of patients. In some cases, the psoriasis may cover the scalp with thick plaques. These plaques extend down from the hairline to the forehead. Psoriasis patches rarely affect the face in adulthood. In children, psoriasis is most likely to start in the scalp. It then spreads to other parts of the body.